With regular scholarships MediaSoundHamburg promotes young talent in the field of film composition, game music and sound design. Since 2011, the Fondation SUISA, a foundation of the Swiss collecting society SUISA, has supported nine young film composers. They all still profit from the top-class network and still rave about the concentrated and familiar working atmosphere. Some scholarship holders were recommended to big majors, got one of the coveted study places at Royal College of Music or are still regularly requested for composition commissions. The scholarship includes free participation in all events as well as free accommodation and board.

With further attractive special events such as the presentation of the Young Talent Awards Media Music with the support of the renowned Kaiser Quartet and workshop discussions with directors and film composers MediaSoundHamburg opens its offers also for an interested audience. Main venue is the ibis Hotel Hamburg St. Pauli Messe. 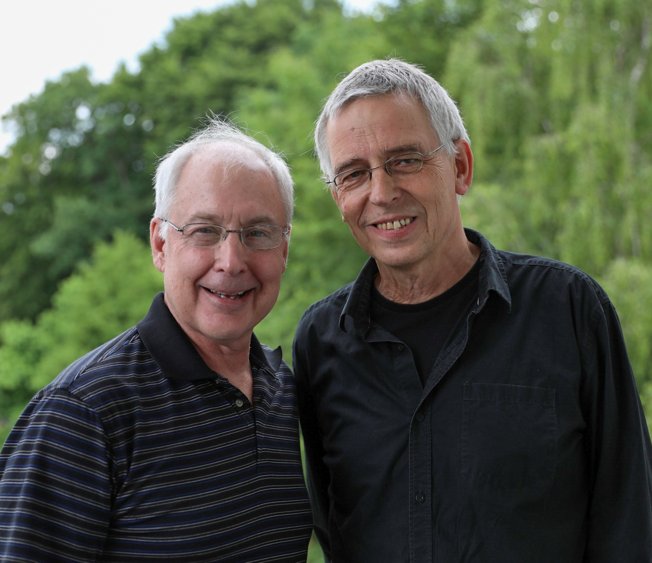 Hans-Joachim Esser-Mamat, born in 1955, headed the filmwerkstatt essen/Vereinigtes Filmcontor zu Essen e.V. from 1988 to 1998. Every year, he organised more than 100 international workshops dealing with nearly all aspects of professional film-, television and multimedia-production.

From 1995 to 1998 he worked as creative consultant for the European Film Music Biennale Bonn (Europäische Filmmusik Biennale Bonn). From 1995 to 1999, Hans-Joachim Esser-Mamat organised and led the European Workshop for Filmmusic & Sounddesign, which was sponsored by – among others – the Kaleidoskop program of the European Union and the Filmstiftung NRW GmbH. As part of the European Workshop, Hans-Joachim Esser-Mamat worked with illustrious artists such as composer Michael Nyman, sound designer Randy Thom, director Krzysztof Zanussi and his composer Wojciech Kilar, as well as with director Régis Wagnier and composer Patrick Doyle, all of whom conducted workshops.

From 1995 to 2002, Hans-Joachim Esser-Mamat organised and managed the International Summer School for Film & TV Music in Munich.

In 1996 he was founding member of the Film School NRW (Filmschule NRW e.V.)

From 2005 to 2008 he served as visiting professor at the College for Technology, Science and Culture (Hochschule für Technik, Wirtschaft und Kultur) in Leipzig. From 2009 until 2012, Esser-Mamat was first chairman of the Alliance for Television Cinematographers (Bundesverband der Fernsehkameraleute), which he also co-founded.

Since 2010 Hans-Joachim Esser-Mamat works as expert of Deutsche Industrie und Handelskammertags (DIHK) as well as of Bundesintitut für Berufsbildung (BiBB).

Since 2011 he organises and manages FSH FilmSoundHamburg, which is later re-titled MSH MediaSoundHamburg and which is a project of his International Film Television & Music Academy (IFFMA).

Founder, director and artistic director of MediaSoundHamburg is Hans-Joachim Esser-Mamat, who has been running similar events at filmwerkstatt essen since 1995, including the European Workshops for Filmmusic & Sounddesign.

MediaSoundHamburg is a project of the International Film Television & Music Academy (IFFMA) based in Mülheim and Hamburg.