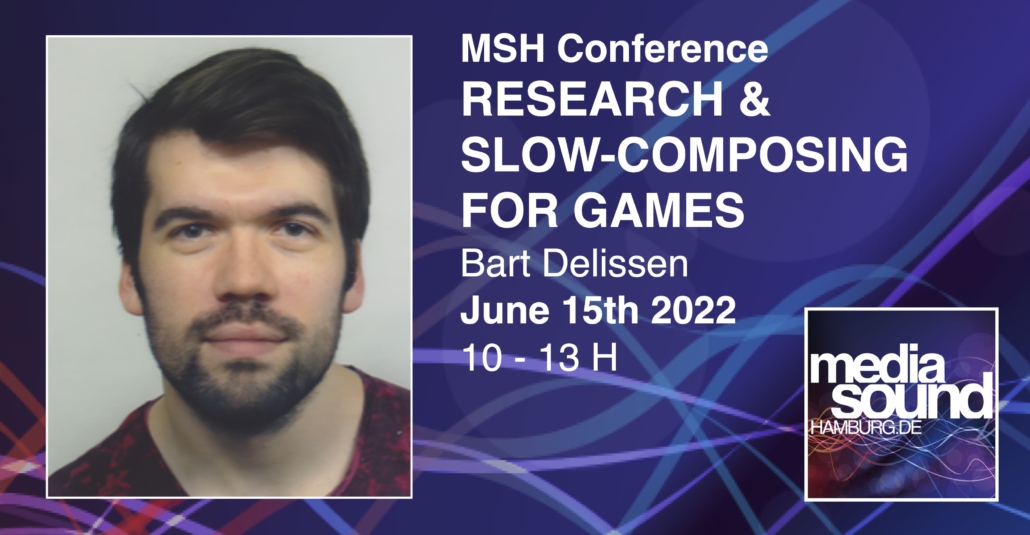 With a game music career of 15 years, Dutch composer Bart Delissen gained his experience during the “Golden Age” of Indie Games. As an ambassador for symphonic writing, Bart’s portfolio shows a world beyond the epic and dramatic: even the most compact puzzle games show opportunities for instrumental part writing, if it’s up to him. What game soundtracks such as VERDUN (M2H & Blackmill), BOUNDEN (Game Oven & The Dutch National Ballet) & Herald: An Interactive Period Drama have in common, is that there goes a lot of work in music research and concept-building.

During the 3 hours lecture: “Research & Slow-Composing for Games,” Bart will take you along all decision making points that happen during the creation of the indie game soundtracks of Bounden & Herald. For these games, Bart created all audio and worked closely with a theatre director, a choreographer and game developers.