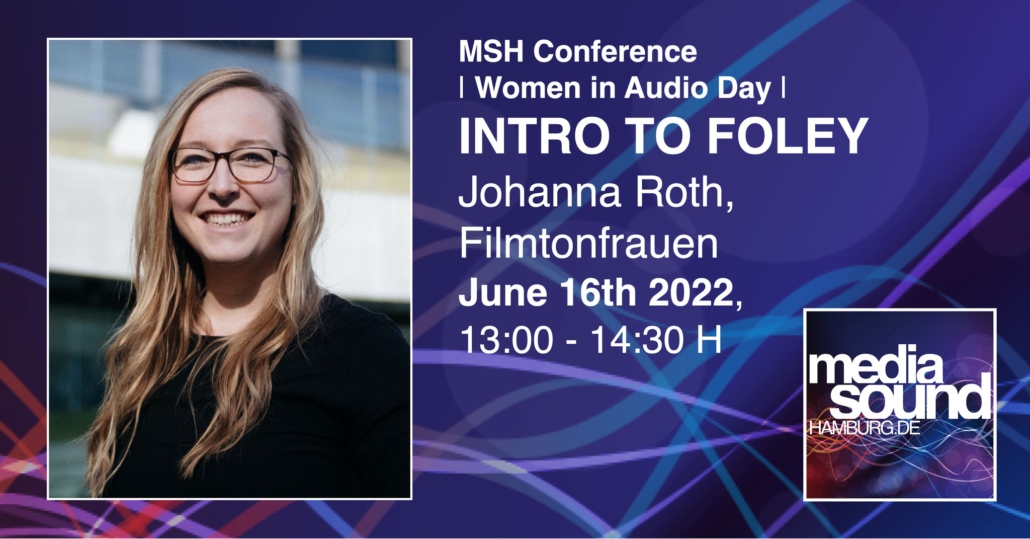 In this lecture, the self-employed foley artist Johanna Roth will introduce the profession of foley artists.
You will get an exciting insight into their techniques, methods and props as well as behind the scenes of film sound.
The lecture is aimed at sound designers and anyone who works in the field of audio and is interested in immersing themselves in the world of sound.
Johanna Roth is a freelance foley artist and sound designer in Frankfurt, where she runs a sound studio for audio post-production.
She studied at the Mannheim University of Music and Performing Arts and completed her internship at Bayerischer Rundfunk in sound recording.
During her studies at the Filmakademie Baden Württemberg in film sound and sound design from 2016-2019, she has already worked on a number of film productions, including co-productions with ZDF or Arte.
In addition to her work on films, commercials and radio plays, Johanna Roth gives workshops in film sound.
Tickets
Reduced Ticket

This event is part of the MSH WOMEN IN AUDIO DAY 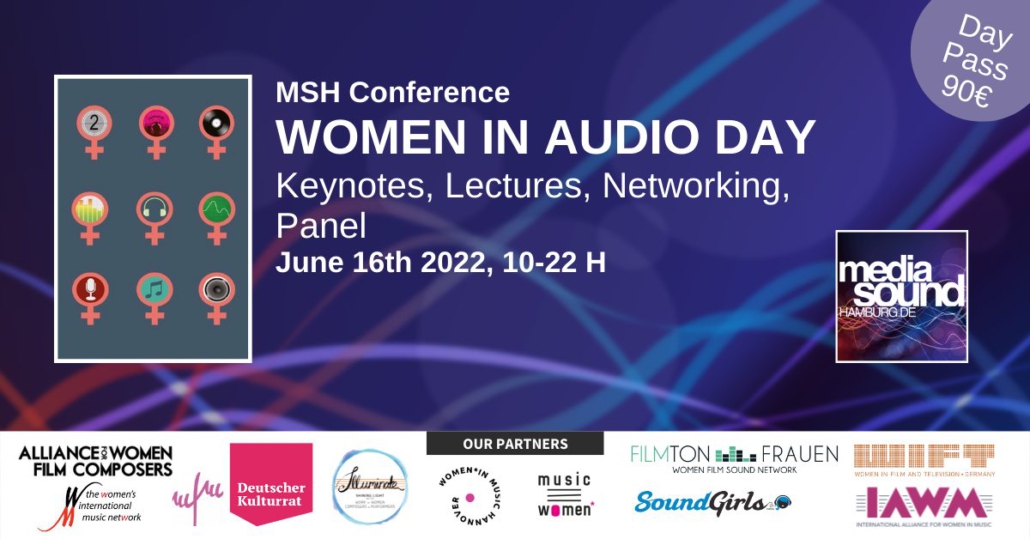