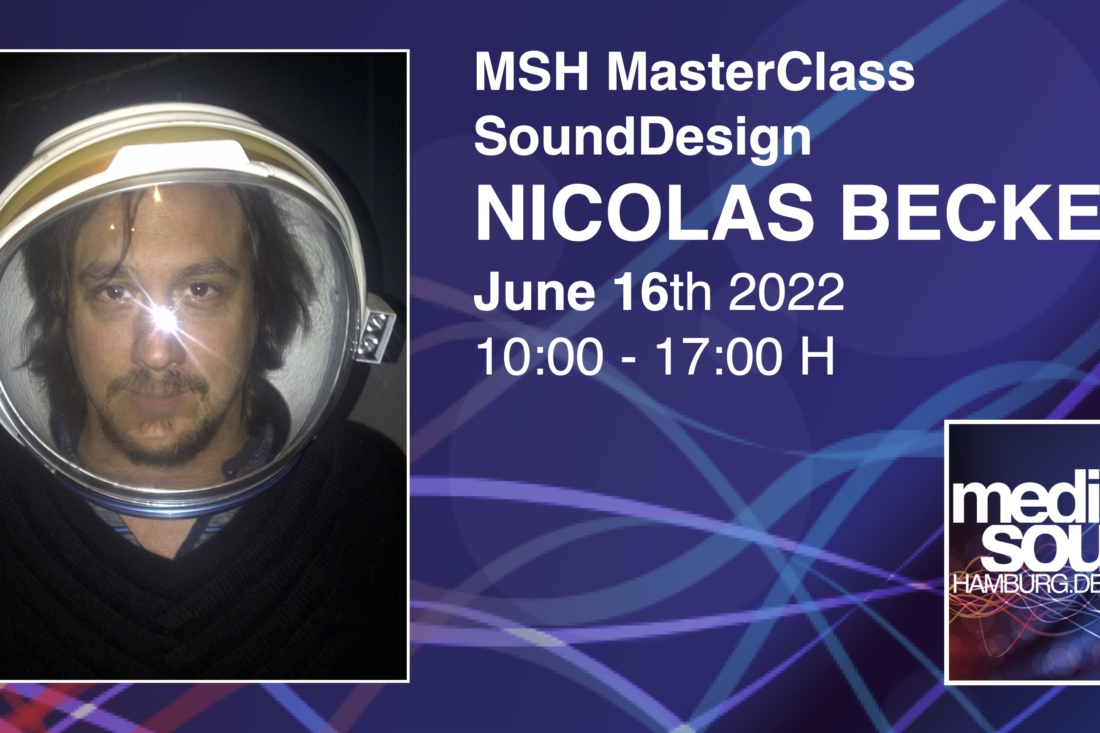 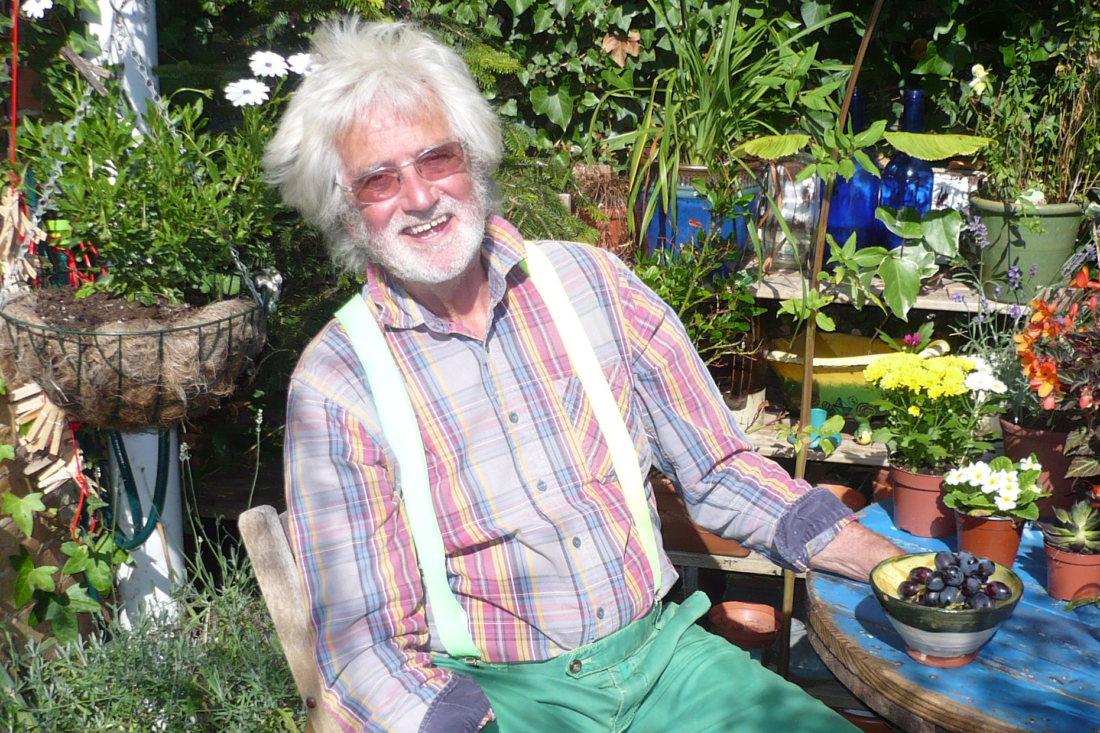 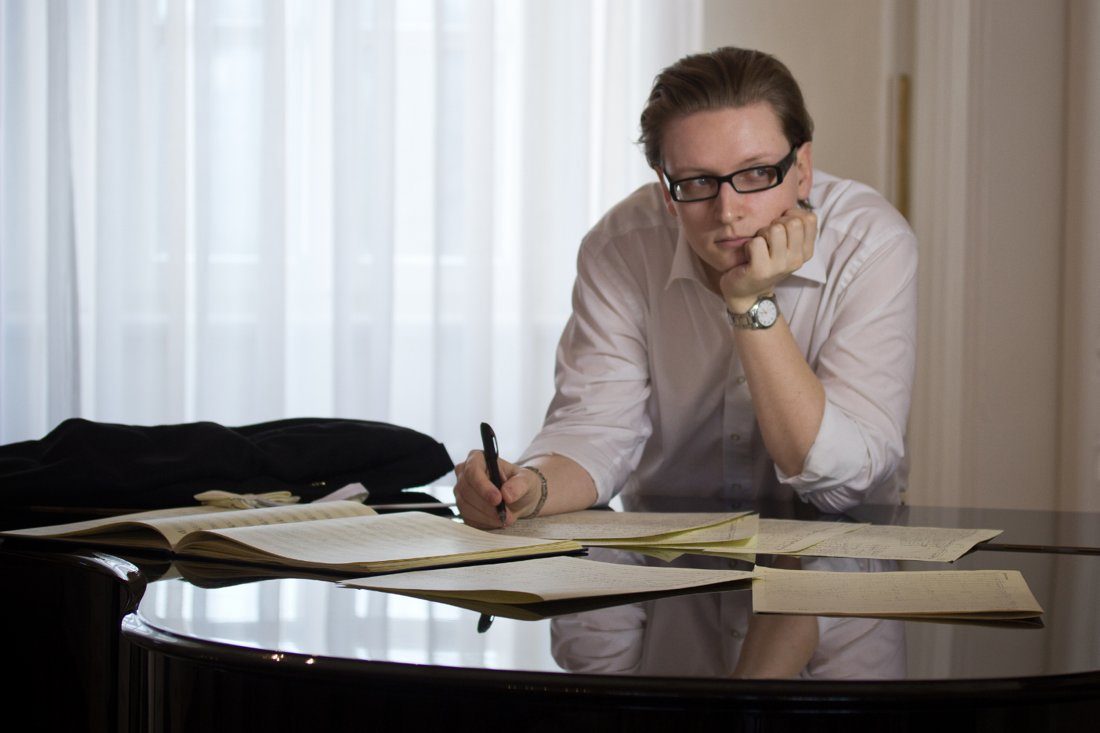 Composers working for film, television, games or libraries have to work long hours, sit in front of their screens all day long, and are subjected to constant feedback from their employers. It’s an unhealthy working environment for creative people, and often causes serious health problems – mentally and physically. In this workshop, we will look at the issues and develop exercises that can help prevent anxiety, depression and back aches.

Stephan Eicke worked for the only European film music magazine, Cinema Musica, for eight years, four of which as the editor in chief. He has written the music for over 50 radio dramas and advertisements as well as short films. In 2013, he founded the CD label Caldera Records which is specialised on the release of film scores. He has written countless articles, essays, interviews and reviews for several publications. His book The Struggle Behind the Soundtrack analyzes the current state of the film music industry. Published by McFarland in 2019. He has also given lectures and hosted film music events in Europe and Africa. 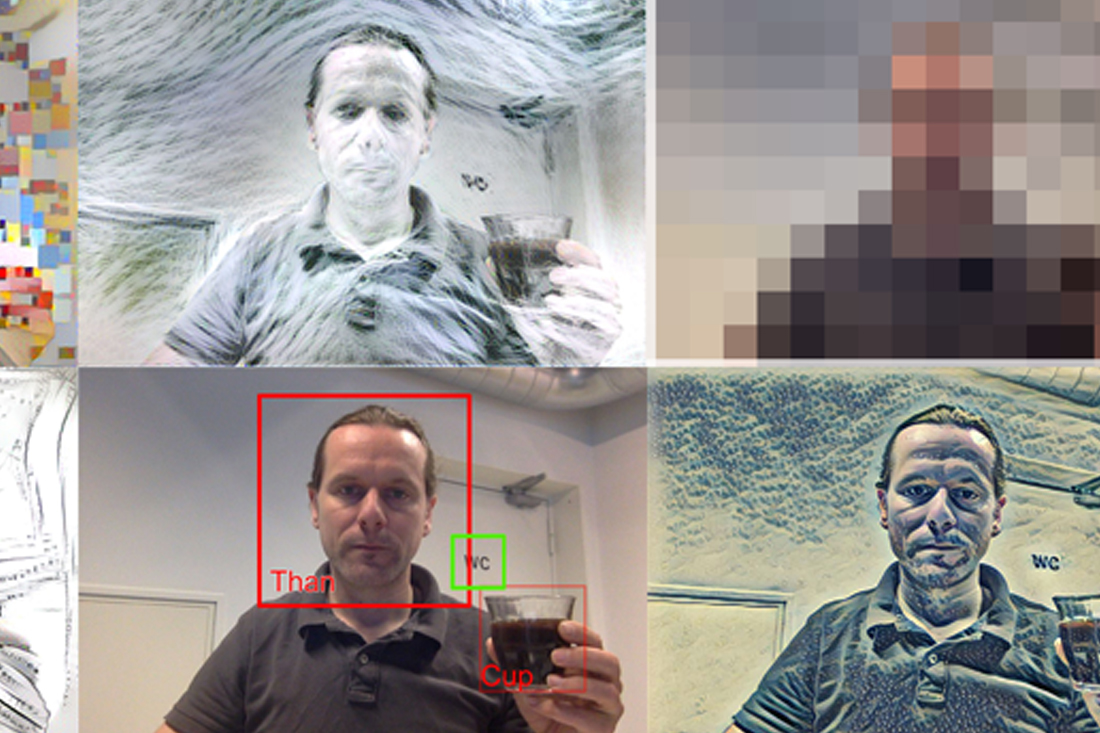 In an age of rapidly evolving artificial intelligence, the domain of (media) music and computational creativity in sound gets more and more attention by the day. With Sony having released Hello World, the world’s first AI music album, alongside Universal Music announcing it will use AI for soundtrack generation, and AIVA being hailed as the first virtual artist being recognised by French author’s rights society SACEM, these are undeniably interesting times! How will automated emotion tracking of films change our temp tracks and soundtracks? What new possibilities does AI-generated music in video games offer? And what are the main challenges generated by soundscapes produced by object recognition?

We invite you to participate in this forum where all these questions will be explored alongside a hands-on introduction to Artificial Intelligence and Machine Learning. No coding skills or AI-knowledge are required! We’ll be covering state-of-the-art Machine Intelligence in the context of music, sound, media and performances, offering hands-on experience with AI-tools, and looking at the history of AI-activities, as well as recent developments in the music, sound and media sphere. Participants are invited to bring a webcam to use as an input for the AI. You can also bring a midi-controller, a microphone, or any of the items on this list.

Than van Nispen tot Pannerden is a Dutch composer, lecturer and researcher at HKU University of the Arts Utrecht. He has a master of science degree in Biology at Utrecht University (2002), as well as a European Media Masters of Arts with honours degree in Composition for the Media at HKU Univer-sity of the Arts Utrecht (2009) and a Master of Music at the University of the Arts Utrecht (2016). He is a board member of MiMM, the Dutch Music Institute MultiMedia and co-founder of DutchGameMusic. Than’s contributions to the domain of interactive music can be found in several video- and art-games, concerts, as well as interactive (art) installations for museums, theatre and the public domain. Some of his recent work includes Karmaflow: The Rock opera Videogame and live concert (including audience interactive participation) with Metropole Orchestra. Than has lectured and given workshops since 2004 at, among others, HKU, the Utrecht University, Sound Education, EsArt (Portugal), Guangzhou Academy of Fine Arts (China), MediaSoundHamburg (Germany). 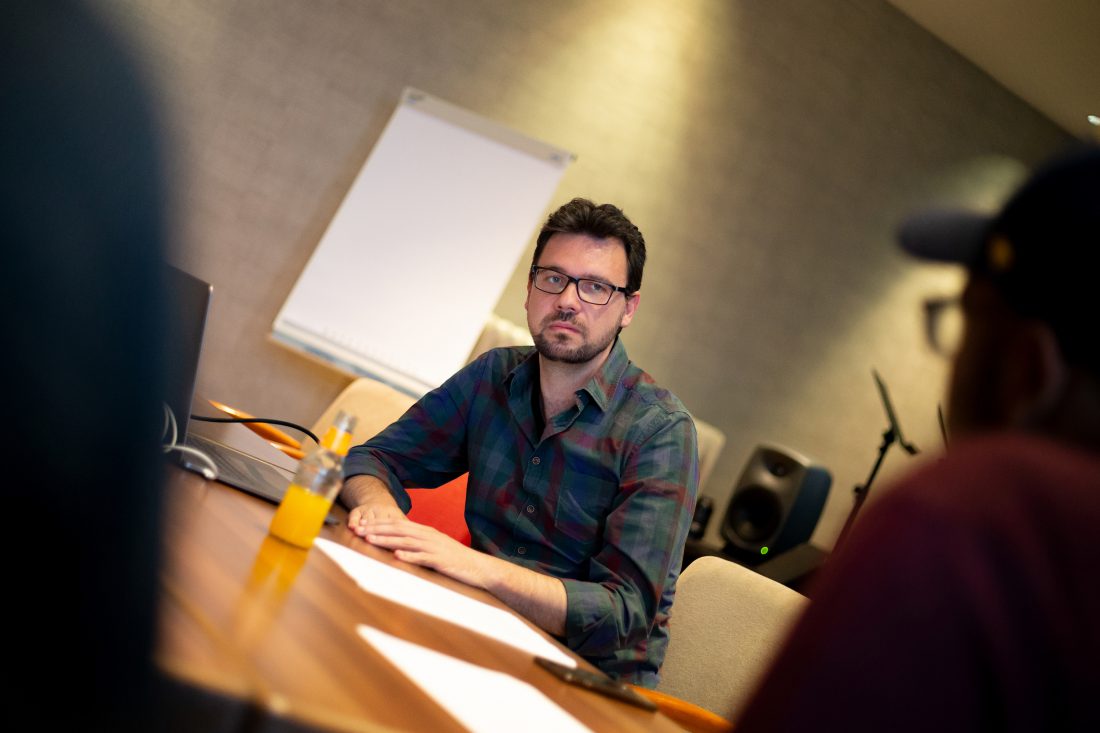 In this seminar for film composers, George Christopoulos discusses the current situation of the film industry, its attitude to music in film, the usual practices in hiring composers and the ever-increasing difficulties film composers face as they enter the industry today. END_OF_DOCUMENT_TOKEN_TO_BE_REPLACED 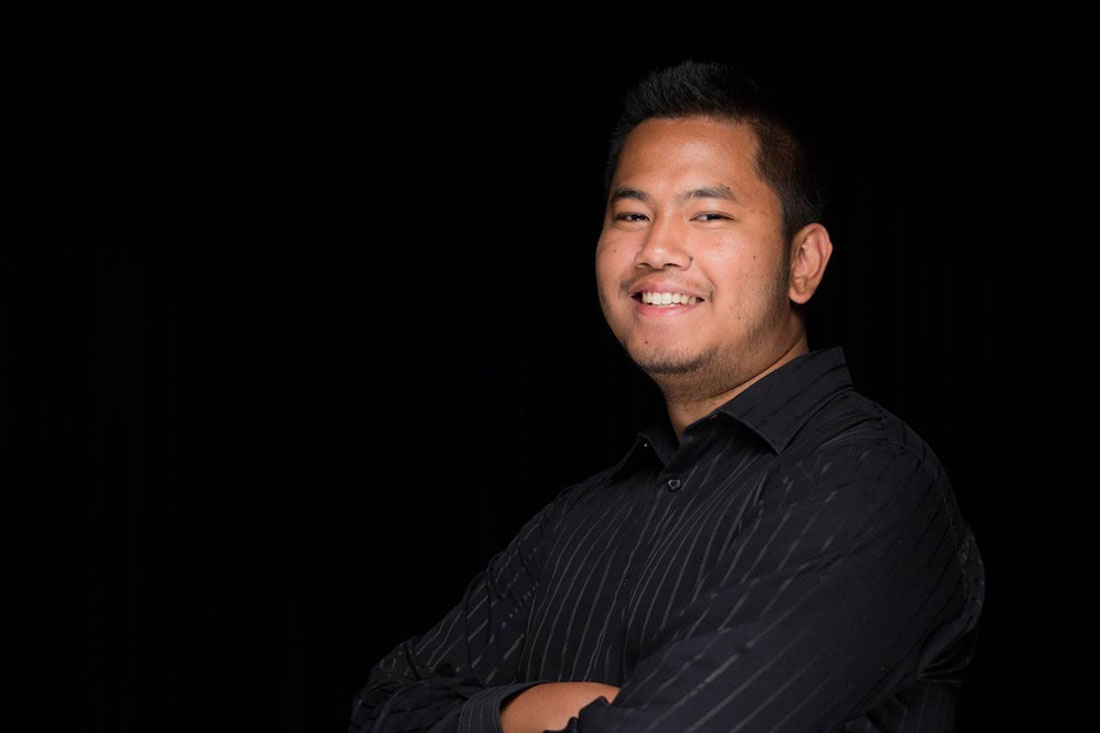 In this workshop, the participants get insights about producing a record with the exciting band Siti & The Band from Zanzibar/Tansania. Some of the highlights at the beginning of the workshop are nuts-and-bolts microphone technology (including shootouts of the most famous studio microphones), room acoustics, the interdependencies of instrument, room and microphone, and setting up the microphones and mixing board including outboard effects in the recording process to support the musical goals of the band or the producer. The participants will then dive deeper into the world of effective usage from EQs, compressors, and other effects in the mixing process to sculpt the music into a professional and groovy product, mixing either in the old school analogue studio, or on the modern digital production console, or software based “in the box”. Finally, you will get a glimpse into the ‘dark arts’ of mastering, which is misunderstood very often in modern times. The workshop is suitable for musicians, composers, producers, even sound engineers who wish to gain more experience in the field.

Made Indrayana began at the early age of seven, when he started recording his favourite anime show’s song from his family’s television to his tape recorder. His eagerness to experiment and to try something new led him to learn many different musical instruments, and enroll in the Conservatory of Music Universitas Pelita Harapan (UPH), Indonesia, studying Sound Design and Music Production in 2008. Afterwards he worked for the university as an assistant lecturer. In 2015, Indra moved to Germany to pursue a Master’s Degree at the University of Applied Sciences in Hamburg (HAW), enrolling in the Master of Arts program, “Time-Dependent Media”. Here he expanded his skills working on projects with the Landesjugendjazzorchester (Youth Jazz Orchestra) Landesjugendorchester (Youth Orchestra) of the State of Hamburg, among others, and cooperating with the University of Music and Theater (HfMT) Hamburg. He has also participated in various film projects, among others through cooperations with the Hamburg University of Arts (HfBK) film school. He won the Silver Award in the Recording Competition at the 140th Audio Engineering Society (AES) Convention in Paris. At the same convention, he also volunteered in the Technical Team, working directly under the legendary Michael Williams and Glenn Lorbecki at the Professional Sound Exhibition (PSE) Stage. He later returned to volunteer at the 142th AES Convention Berlin, taking the same role. Active in many audio organisations, he was Chair of the AES Hamburg Student Section in 2016 until 2017, and he has been a leading organizer for three klingt gut! international conferences on sonic art and audio technology in Hamburg. Right now, he is dedicating himself in (immersive) audio for virtual reality and games with a new startup Double Shot Audio, which he founded together with his business partner Benjamin Gallagher, and he is lecturer in Music Production at Hamburg Unversity of Applied Sciences. 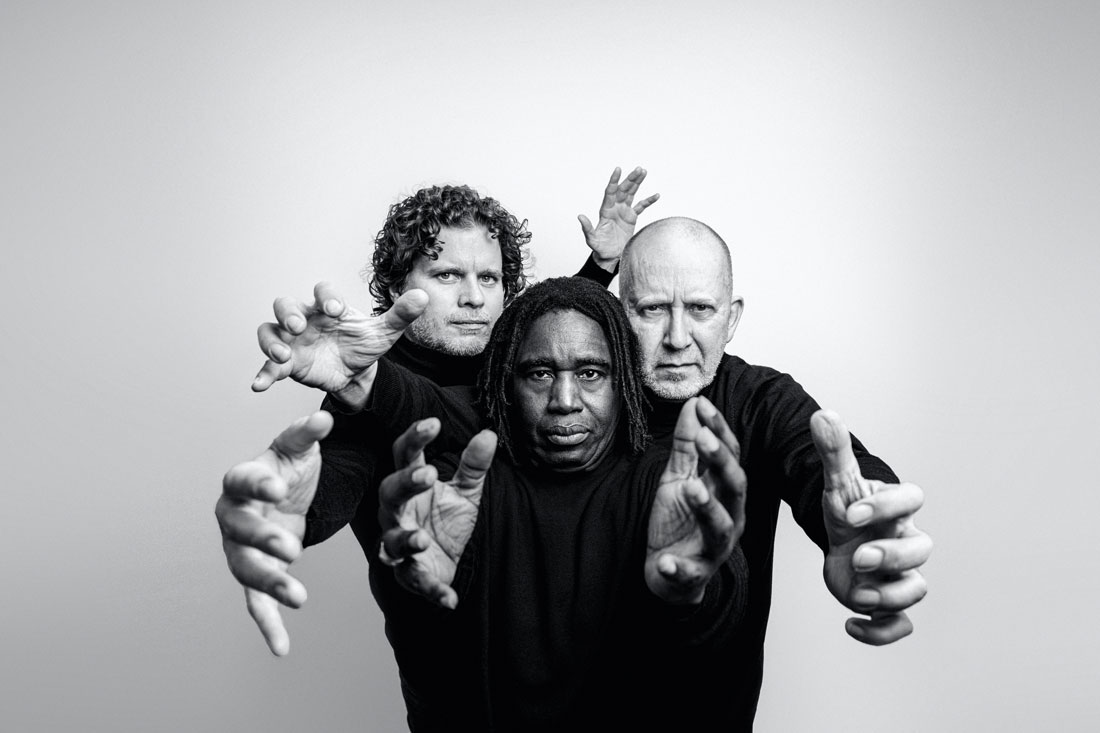 MediasoundHamburg invites you to a special concert with the Trio Reijseger – Fraanje – Sylla. The three musicians play, among others, from their latest album We Were There, which was released in March 2020 on Just Listen Records and which director Werner Herzog is enthusiastic about: “What has been strange becomes familiar. And what has beenfamiliar acquires the glow of mystery. A beautiful album.” Click here for the review by Stephan Eicke

Already since the end of the 90s the Dutch cellist Ernst Reijseger has been performing with the musician and singer Mola Sylla, who comes from Senegal. Together with pianist Harmen Fraanje, the Trio Reijseger – Fraanje – Sylla has stood for “the perfect amalgam of jazz, African songs and classical music” since 2007 (North Sea Jazz Festivals, Rotterdam, Netherlands). The trio makes fierce and beautiful music that is also melancholy and always heavily supported by the excellent voice of their African singer. The exuberant, improvised piano playing of Fraanje and the subtle melodies of Reijseger make for an eclectic, sometimes spiritual whole where nothing is what is seems. The Trio Reijseger – Fraanje – Sylla has released two albums for winter and winter and recorded music for several films by the renowned filmmaker Werner Herzog. 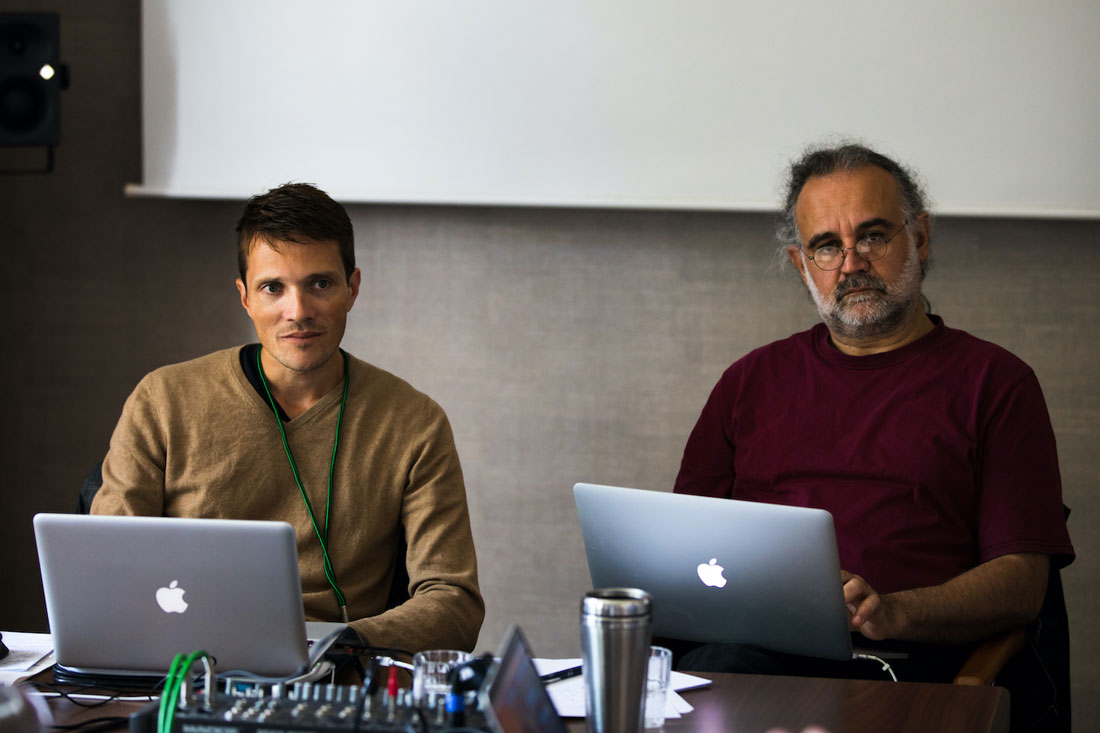 Many composers and musicians wish to write music for feature films or have success as a performing artist. It is common knowledge that this is a big and long term goal. The music licensing market can support you financially and even promotionally while working towards that goal. END_OF_DOCUMENT_TOKEN_TO_BE_REPLACED 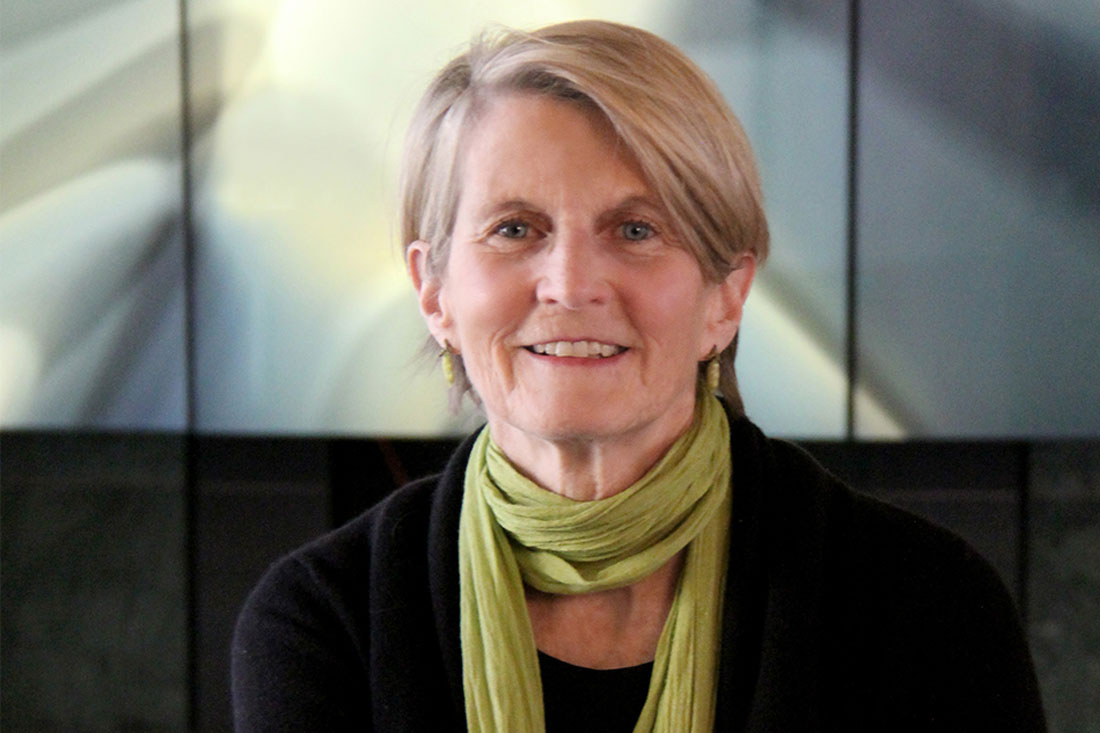 This MasterClass is aimed at sound designers, sound engineers, musicians, composer, directors and producers and offers the unique opportunity to gain practical experience and personal feedback on one’s own work in close collaboration with Midge Costin. END_OF_DOCUMENT_TOKEN_TO_BE_REPLACED 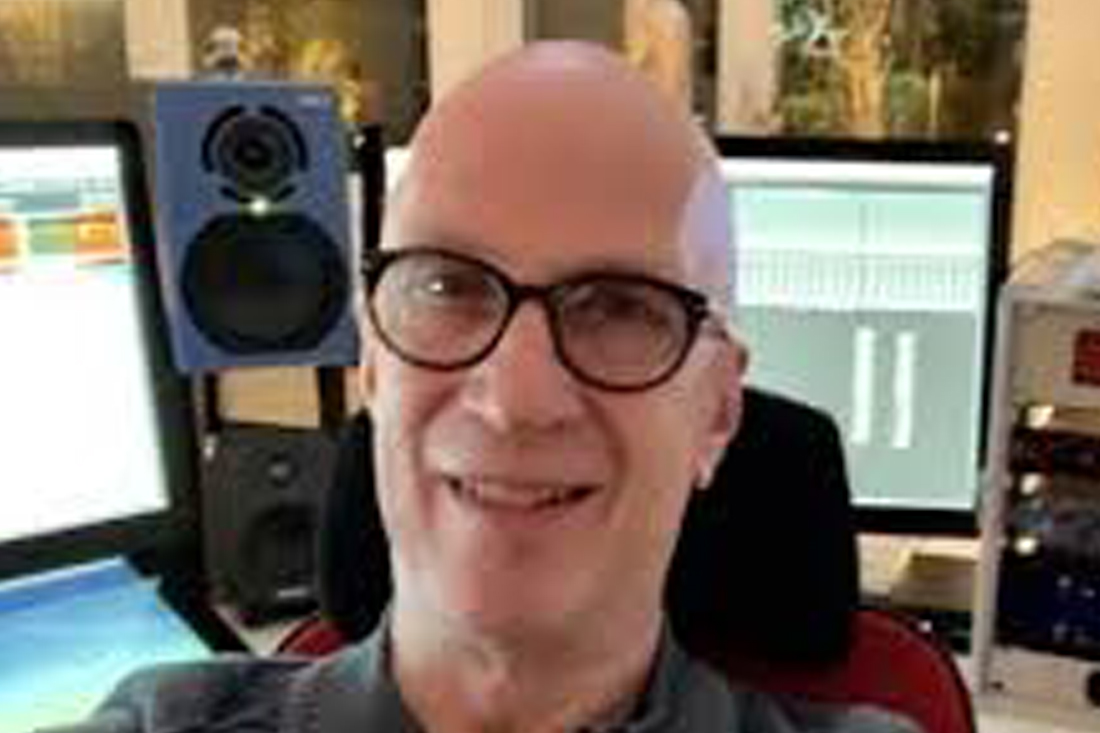 On March 26th 2019, the Parliament of the European Union approved the controversially discussed reform of copyright law. The focus was and still is on the discussion on Article 13.
What does this article regulate and what does European copyright law look like in comparison to international copyright law?