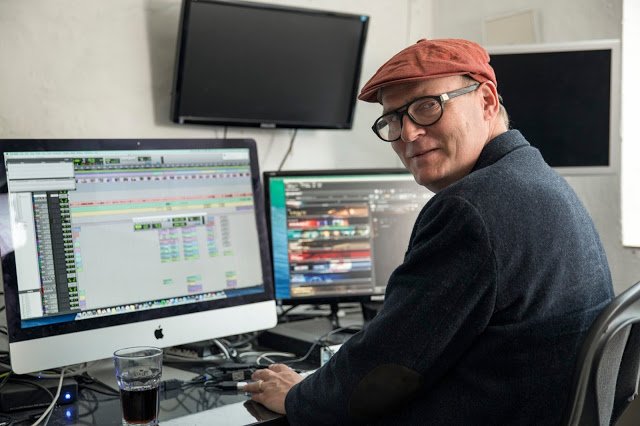 This MasterClass is aimed at musicians, composers, sound designers, sound engineers, directors and producers. In advance of the class the participants will receive a film excerpt for which they will compose a film score. Enclosed please find the homework. The results will be discussed at the last day of the MasterClass

Dear paticipants,
we will work on a series called Conspiracy of Silence – a series I am working on right now, and I have got permission to share with you. Not the whole script – but here is a pitch:
Former arms dealer Robert Kastell is on an impassioned mission for revenge. Having spent 30 years in exile after his escape from the corrupt Swedish weapons trade, Robert suffers a personal tragedy that he blames on the industry he left behind. He tracks down Anders Speths, the man that once lured him in to the trade and subsequently tried to have him killed. But what Robert doesn’t know is that when he ﬂed the country, he left behind an unborn daughter, who Speths since raised as his own. With an unexpected paternal instinct awoken, Robert’s thirst for revenge is suddenly complicated, and tempered by his need to protect his daughter. With the help of a journalist, Åsa – who has her own personal agenda against Speths and the weapons trade – Robert must change his approach to bring down the man, and the industry, that took so much from him.
What kind of music would be right for this?? There are many answers – but let me hear your thoughts – and try and make a piece of music that would work for this. I know it is a hard one with so little information.

Here is a clip.

The whole series is about this guy Robert who wants revenge for the death of his girlfriend. So this scene is very important in the series. We have to know that they love each other – and we have to feel his pain. When do we start music – what kind of music is right – is it one long piece – or different pieces? I wont tell you more – because I would love to see how you attack this. I will off course play my version of this as well – and try and ﬁnd the versions I made they didn’t like as well. If you only do a part of the scene it is also ﬁne. When you present your music I would prefer it was a QuickTime ﬁle with the ﬁlm – so we all could see, and hear, it right away.

Frans Bak is a Danish composer, choral conductor, saxophonist, and pianist. He is a graduate of Det Kongelige Danske Musikkonservatorium, and is known for his work as a jazz performer and composer of film music. He creates the score for the Danish television series Forbrydelsen, the BBC series Doctor Foster as well as the American remake, The Killing, on Netflix. His latest projects include Lilyhammer on NRK1/Netflix, starring Steven Van Zandt and the British adaption of the Ruth Rendell novel Thirteen Steps Down. Frans Bak has also scored numerous commercials, short films and feature films including three Academy Award nominated shorts Ernst & The Light, Sweethearts? and Helmer & Son.

“One oft he great things about Frans Bak’s music is that he has myriad of different approaches to creating tension and suspense. Some of the magic of its ability to find lots of different ways to bring you to the edge of your seat while at the same time not wearing out its welcome … I think the sophistication and the beauty of Frans’ music really lets you feel the different nuances of fear and intrigue in compelling ways that are then personalized by the different characters which are introduced.”

Thomas Golubic, Music Supervisor at Breaking Bad, The Walking Dead and The Killing.