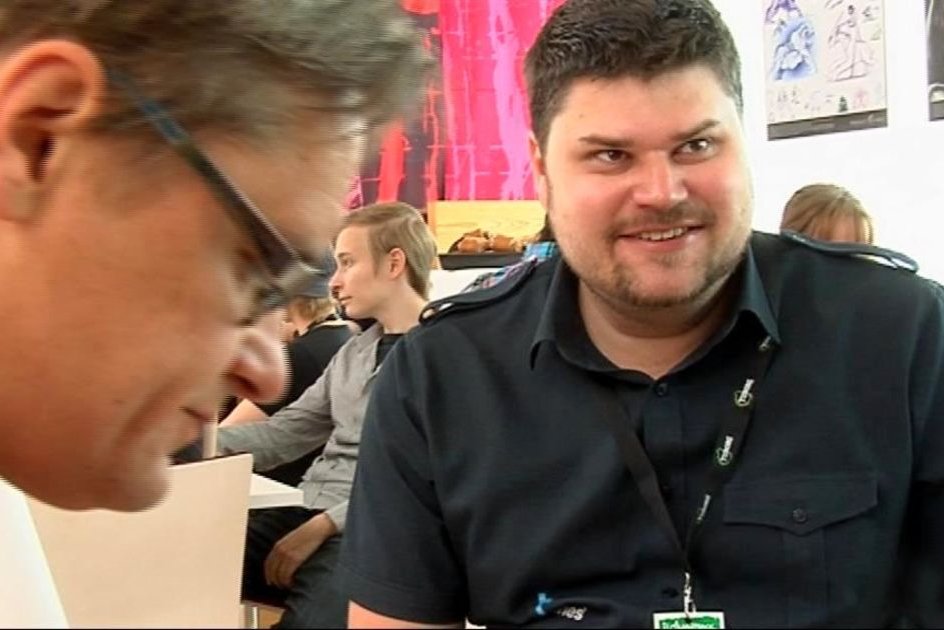 This MasterClass is aimed to composers, producers, students, musicians and everyone else who is interested in creating interactive music for video games and in the business behind it. In advance of the class the participants will receive a briefing on a game and they have to create/score their own music. The results will be discussed at the last day of the MasterClass.

I’ve selected our MasterClass Game to be Outland. Outland is a platform game developed by Housemarque and published by Ubisoft. The game combines two-dimensional platforming with a polarity system similar to Treasure’s Ikaruga and Silhouette Mirage. Outland was released in April 27, 2011 for Xbox Live Arcade. The PlayStation 3 version was delayed because of the PlayStation Network outage then later released on June 14, 2011. A Windows version was released on September 29, 2014. The Linux version was released on February 25, 2015. (Wikipedia) Outland can be visioned in many ways. Since it is based on dream/soul wold, style of music can vary quite a bit, but music should ﬁt to the game experience.

I want all composers to read synopsis, check out the videos, and mute all sounds from videos. I want them to invent the music vision themselves, not only to copy my work! Desired style can vary from oldskool game platformer style, to ambient /dream world, to cinematic score. It is up to the composers to ﬁnd their own vision, and create music using their best abilities to enhance the feeling. It would be great if composers could compose at least 6 minutes of music, from in-game ambient, casual to the boss-ﬁght. Composers can choose what mission/map they would do, and I’d recommend not only taking reference from the ﬁrst “jungle” levels, but other levels as well.

Synopsis and overall info can be found here and here;
Intro of the game
Gameplay: (full playlist with all the levels) NOTE: Lots of videos here. I’d like composers to choose their level(s), or if they want, do a bit of everything.
All bossﬁghts

Ari Pulkkinen is a Finnish video game composer, musician and sound designer. One of his most famous works is the game music for the computer game Angry Birds. At the age of six he learned to play the piano and at the age of 12 he composed his first songs. Among other things, Pulkkinen worked as a demoscene artist and began to create so-called demos with computer programs. He won many music competitions and released his first public album for the freeware game Starfight VI: Gatekeepers in 1999. As audio director at the game development company Frozenbyte Inc. he created the original soundtracks and sound design for the video games Shadowgrounds, Shadowgrounds: Survivor and Trine. After training in audio design, production and music technology, Ari Pulkkinen founded his own sound production company, AriTunes, in 2008. Since then, he has created original soundtracks and sound designs for over twenty projects, including video games such as Angry Birds, Dead Nation, Trine 2, Outland, Super Stardust Delta, The Goblin Menace and Resogun. Ari Pulkkinen releases his music on his own label AriTunes. On September 2, 2011, the London Philharmonic Orchestra performed Angry Birds‘ music live for the first time in the video Game Heroes Concert. On October 4, 2011 Ari Pulkkinen was awarded the Best Finnish Game Developer Award for his services to the Finnish game industry.