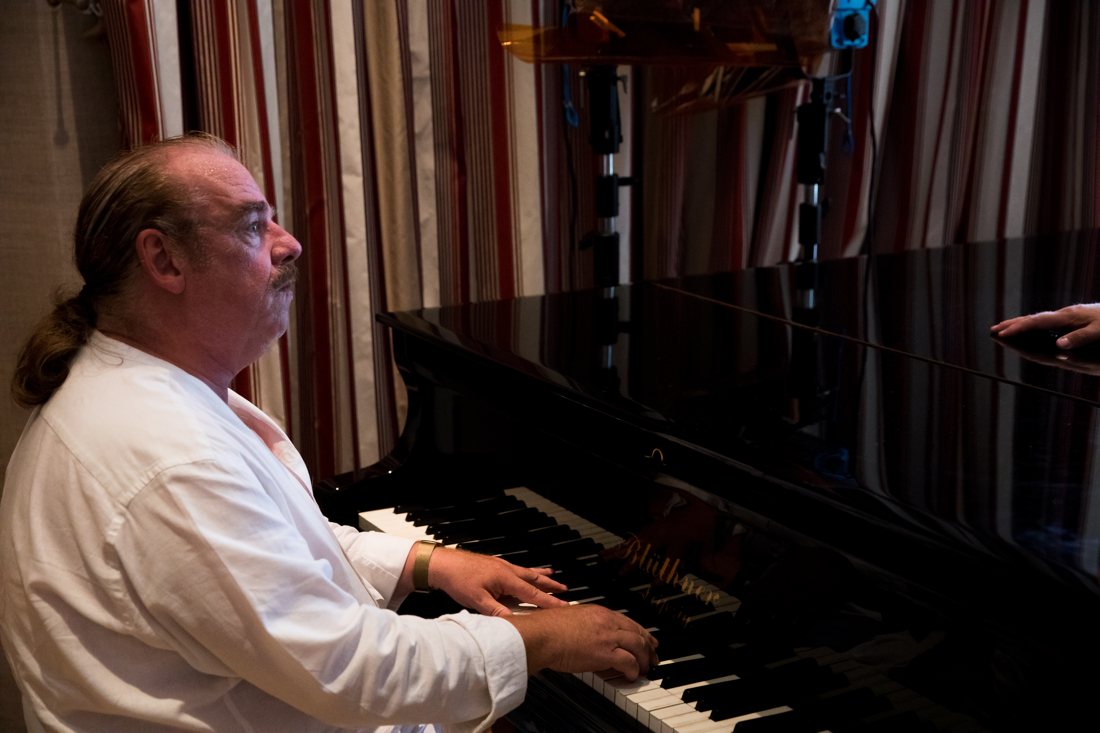 This MasterClass shows how many completely different possibilities exist with regard to re-harmonizing a melody, a theme or a motif. Furthermore, the participants will get an insight into studio work with an orchestra, including “Studio Conducting”.

Further contents are the orchestration or the writing down of a score. For this purpose, motifs, themes and/or melodies are worked out together and then harmonised in different ways. Harmonics and melody of film and TV music between 1945 and 1965 are also presented. From the great masters such as David Raksin, Hugo Friedhofer, Johnny Mandel, Miklos Rosza and Alex North to the great composers of American television series. Kuno Schmid accompanies the participants inside through the process, starting with a musical idea up to the finished score, including the implementation of sketches using the American chord numbering and the layout of a score. Extended music theoretical knowledge is absolutely necessary for this MasterClass.

Kuno Schmidt is a German jazz pianist, composer, producer and arranger and a veteran of the international jazz scene. He has worked with Patti Austin, Till Brönner, Stanley Clarke, Billy Cobham, Jerry Goodman, Peter Herbholzheimer, Paul Kuhn, Alphonse Mouson, Toots Thielmans and Caterina Valente, among others. Kuno Schmid teaches orchestration and film music at the Film Akademie Baden Württemberg, the Hochschule für Musik Detmold and the Hochschule der Medien (HdM) Stuttgart. He composed the film music for Moon 44 by Roland Emmerich, December Boys by Rod Hardy and Dream on Silly Dreamer by Dan Lund, for which he was awarded the “Annie Award” in 2006. Other awards include the “Gema Composer Award 1996” and the “Grammy Award Certificate 2010” (Marian Petrescu/Resonance Big Band).

A Bit More of Everything
Scroll to top