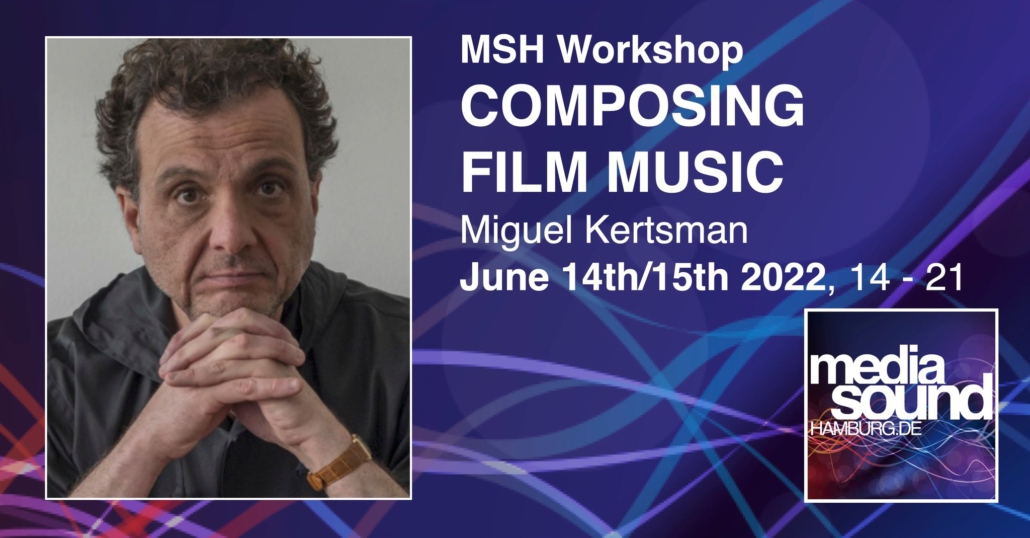 The course mostly focuses on the creative part of film scoring: Creativity, Aesthetics and Processes. It addresses the Art and to an extent (as time permits) the profession of composing and producing music for linear media such as films. This multi-faceted discipline is presented and discussed with participants examining fundamental historical and theoretical aspects including the more recent development of post war mid-20th Century film music, music aesthetics, dramaturgy and cognitive psychology. Basic scoring methods and approaches are also discussed illustrating creative and music production processes in film music. This hands-on course also allows students to apply concepts learned into practice by working on an Aural Story Music Aesthetics exercise followed by the scoring of a film cue. A group discussion and peer critique session follows under the instructor’s supervision.

Miguel Kertsman’s compositions organically cross the genre boundaries of symphonic, chamber and vocal music for the classical concert stage, as well as theater, jazz experimental music, film/game scoring and electronica. The orchestral, vocal and chamber works have been performed by renowned artists*. His music has been performed at the United Nations in Vienna, at the World Expo in Lisbon, at the “Ecology in Nature and the Arts” Festival of the Amazon Rainforest in “Nature and the Arts” Festival in Belem, Brazil, in dance choreographies in various countries, and on prestigious stages such as the Vienna Konzertahus, New York’s Weill Hall at Carnegie Hall, the Latin American Memorial São Paulo, St. Paul’s in Covent Garden Paul’s in Covent Garden London, the Bregenz Opera Festival and leading jazz venues such as the New York Knitting Factory, the 55 Bar, the Vienna Porgy & Bess.

In his earlier professional years, Miguel worked extensively as a studio musician, keyboardist, arranger and conductor. As a music producer and recording artist, his discography includes over 200 international releases. Solo albums as a recording artist provided him with an eclectic and diverse international audience. He has contributed music to media projects such as films, games and other media.

Mathilde Hoffmann: Behind the audio of “UNRAILED”