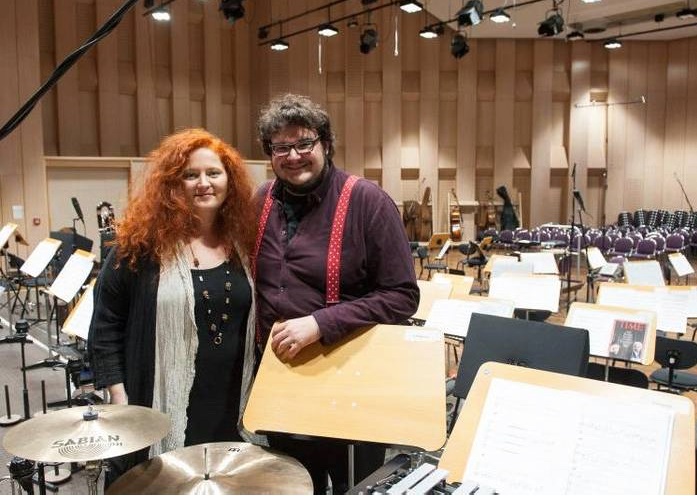 In this workshop discussion, composer Martina Eisenreich and director Axel Ranisch show how they collaborate and create initial musical themes for films as early as possible.

Martina Eisenreich is a German composer, film composer and violinist. She is particularly known for her film music and her stage work. She released countless albums and instrumental concert performances. As a special feature, there are unusual instruments and sound creations which she developed especially for her projects, together with drummer and sound artist Wolfgang Lohmeier. With him and her various ensembles, Martina has been playing around 1500 concerts in European countries. In 2018 Martina Eisenreich was the first woman to be awarded the German Film Music Award in the category Best Music in Film, for her symphonic score on the Tatort “Waldlust” by Axel Ranisch. For her music from Zeit der Wölfe (thriller) and Endlich Witwer (comedy), she received a double nomination for the German TV Awards 2020 – Best Music. Also in 2020, she is the first woman to win BEST MUSIC at the German TV Academy Awards, and among other decorations, she also received the Award of the German Record Critics, the Creole Award of Süddeutsche Zeitung, and the Rolf-Hans Müller Award for Film Music.

Directors And Their Composers – Mike Leigh and Andrew Dickson and Gary...