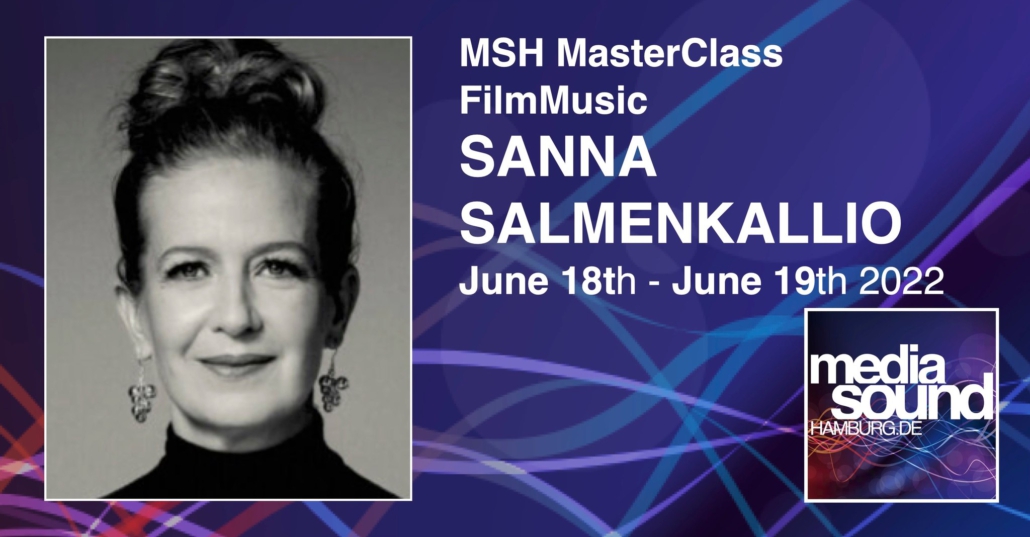 Exploring the world through music – that is Sanna Salmenkallio’s philosophy when it comes to composing. The renowned artist is one of Finland’s most experienced film composers. With her extensive experience she contributed to more than 30 scores – mostly artistically ambitious documentary features. Such as „Aalto“ (2020) – for which she was awarded with the HARPA Nordic Film Composers Award and finland’s national film award JUSSI for the best film score.

By mixing classical background to different contemporary and experimental elements Salmenkallio has created her very own style. She builds an inspiring dialogue between sound and music. Since she has both a classical music education from Sibelius Academy and an education as Sound Designer from Theatre Academy her strength is a deep understanding of dramaturgy.

Salmenkallio has also composed music for numerous theatre and dance performances. She loves experimental film and theatre and has apassion for Arabic music, which she studies in Cairo. She regularly works with community art projects. As a violinist she is specialized on improvisation.

MediaSoundHamburg FilmMusic MasterClass participants are asked to prepare an assignment in order to discuss and work concretely on the results during the MasterClass.