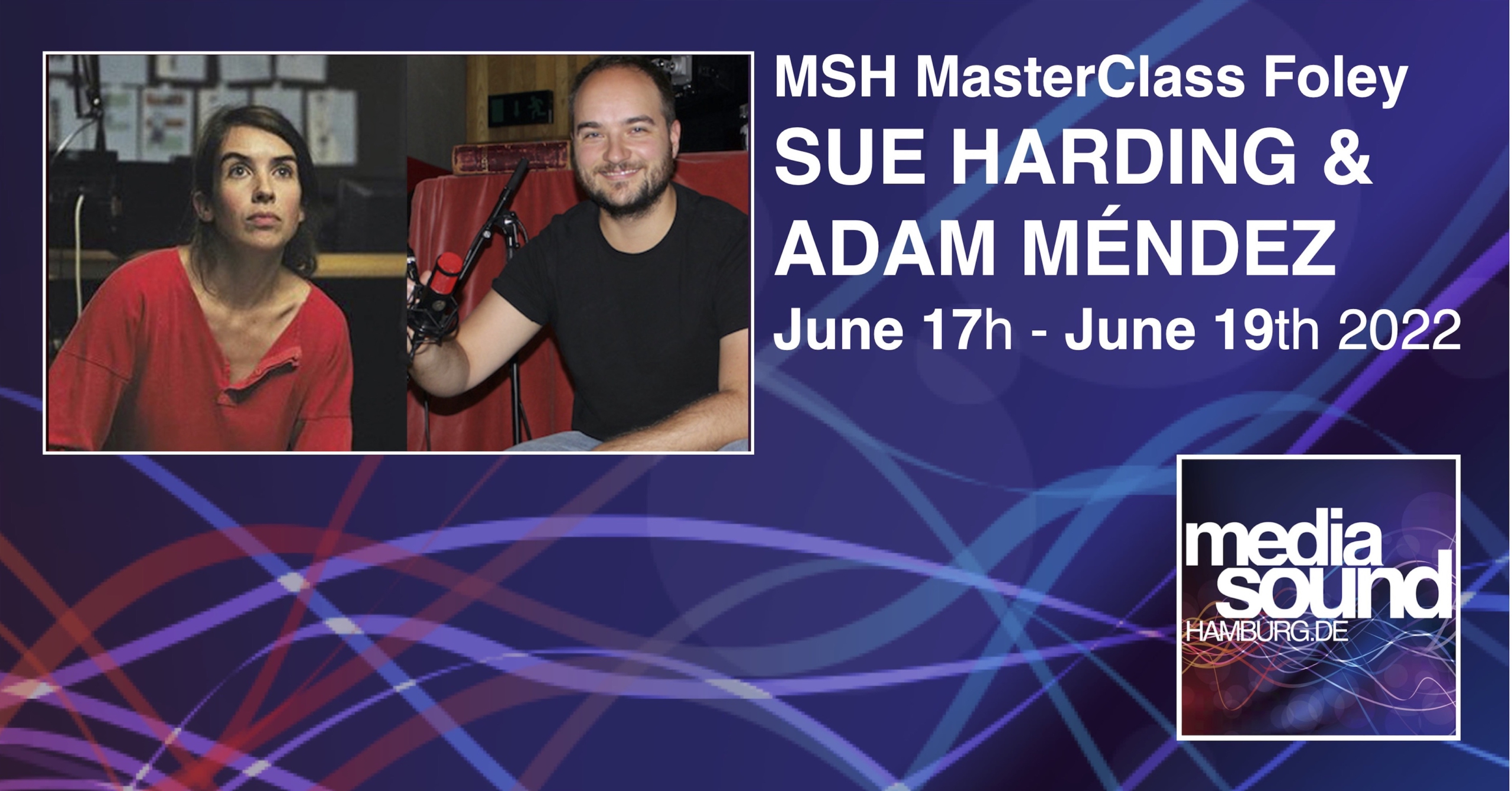 Content of the MasterClass Foley:
Day 1:
* Introduction to Foley for films
* Screening of The Secret World of Foley
* Talk and Q&A
* Demonstration

Sue and Adam are planning to do some foley recording sessions, therefore we ask all participants to bring their own audio recording equipment plus own laptop/MacBook.

Sue Harding is a freelance Foley Artist who has been working within the film industry for the past 20 years. During this time she has worked on more than 200 titles and has been nominated several times for an Emmy and won in 2014 for Sherlock.
Recent projects include 1917, No Time To Die, Belfast, The Northman and the soon to be released Thirteen Lives.Though she spends most of her time in the studio behind the scenes, she has also been featured in the multi award winning short film The Secret World of Foley which has gone on to become a worldwide viral hit.She has also been speaking about her craft and providing workshops at various festivals including Off The Page in Oslo, The Sound of Story in Brighton and the FilmLab Film Festival in Brescia, Italy and Media Sound Hamburg.

Adam Méndez is an experienced award winning Foley and ADR Mixer within the film and television industry. Over the years he’s helped tell stories for many directors from Danny Boyle to Alfonso Cuarón, and in doing so has seen his studio transformed into a long range space craft, the surface of Mars, the depths of the ocean and a boggy moor amongst many other other strange and wonderful locations. He is currently working at Twickenham Studios in London.