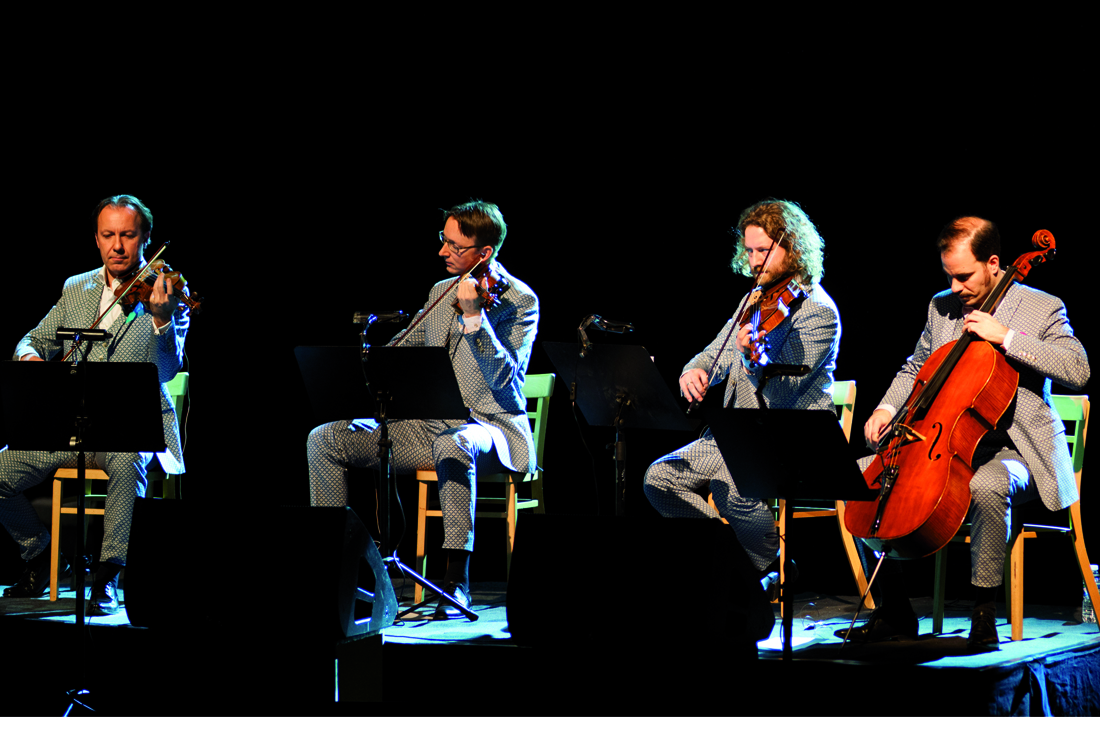 For the 6th time the award ceremony of the Young Talent Award MediaMusic will take place during the MediaSoundHamburg. For this year’s edition, young musicians, composers, game musicians and sound designer had to compose a theme music for Raymond Chandler’s novel Playback.

The Kaiser Quartett will premiere the award-winning compositions of the first three prizewinners, David Kolder (Netherlands), Tharcisio Vaz (Brazil) and Deanna H. Choi (Canada) by the renowned Kaiser Quartett. The programme also includes pieces by Gijs Knol and Rinkie Bartels, who won this year’s Buma Music in Motion Award, and Levente Kovacs, who won this year’s German Game Music Award. All winners will receive a scholarship to MediaSoundHamburg. The Dutch composer and arranger Bob Zimmerman will play his own compositions as a special guest together with the Kaiser Quartett.

The Kaiser Quartett is a contemporary string quartet founded in Hamburg. The founding members are the violinists Adam Zolynski and Jansen Folkers as well as the cellist Martin Bentz. Ingmar Süberkrüb has been violist since 2012. The four musicians, at that time still known as Strings DeLuxe, became known for their music for the animated children’s series Little Amadeus conducted by Martin Bentz. For this production, the quartet developed its own style that combines both the delicate light string sounds and the full orchestral sound. Since then, the Kaiser Quartett has been in great demand as an ensemble for studio productions and live concerts by artists of various styles.

Special Event: An Evening with…
Scroll to top