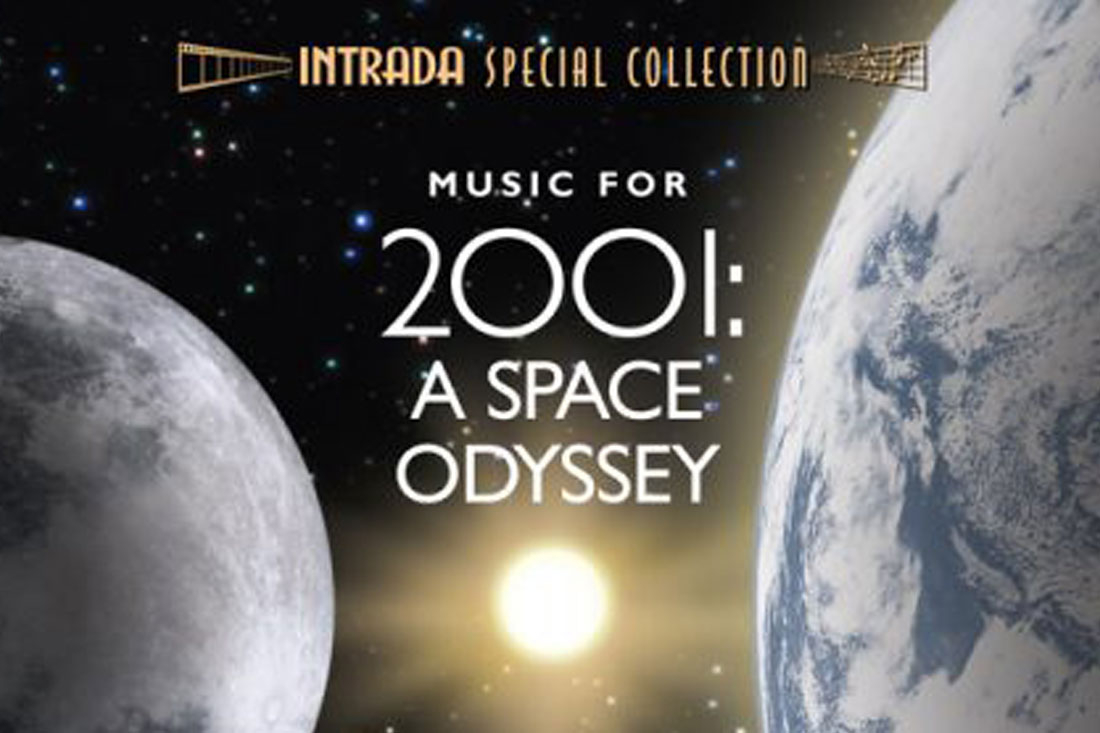 If you get rejected, it doesn’t mean you suck

Since test screenings have become a much-loved tradition in Hollywood, the number of rejected film scores per year has sky-rocketed. More often than not, temp tracks are chosen to accompany the film for the test screenings since the composer is still working on the original score. Temp tracks, meaning “temporary tracks”, is a misleading term in a way. Musical pieces that are being put on a rough cut even during the editing process are “temporary“ in the sense only that they are not supposed to make their way into the final film. However, these “temporary tracks“ don’t represent a “temporary concept” because the concept of the actual film score is very much dictated by the style of the pieces chosen for the rough cut – mostly by the music editor, sometimes by the director, sometimes by the picture editor, sometimes by all three parties depending on the individual film. If the test audience doesn’t appreciate the film, this can lead to a new cut, a new temp score or a new composer, even though his work hadn’t even be heard in the test screening.

Furthermore, since composers in the old days were employed by the studio and had their work overseen by the head of the music department, they were comparatively well protected. After all, the heads of the music departments were in most cases composers first and business men second, thus defending their composers and ideas if necessary. Nowadays, composers don’t have this security anymore. While film scores which had been written and, in most cases, recorded as well were still at risk of being thrown out of a film before it had its premier, this was less often the case as it is today – and for entirely different reasons. One reason for seeing more and more film score rejections happening is the technological development. With mock-ups composers can present their musical ideas elaborately before recording it. Says Gergely Hubai, author of the book ‚Torn Music‘, “One of the main things that changed is that nowadays the composers are required to deliver detailed sketches and mock-ups that if there’s a problem with the direction, the change occurs much earlier in the production. A lot of score replacements nowadays happen before a final orchestral recording could be done. I’d say about 80 percent of these don’t get to the test screening phase and the change occurs much earlier.” Let’s have a look at why film scores can get rejected in detail. 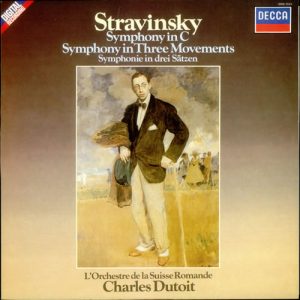 One of the most widely-known early examples for a film score being rejected is The Song of Bernadette (1944). Writer Franz Werfel had recommended his friend Igor Stravinsky to write the score. Enthusiastically, Stravinsky wrote the music for the most prominent scene in the movie, the apparition scene, but soon clashed with the film’s producer Darryl Zanuck and eventually left the project. His music for the apparition scene later became part of his Symphony in Three Movements. While Stravinsky backed out more or less voluntarily, there were few instances where the composer’s work couldn’t be sufficiently protected by their agents and the heads of the music departments, as John Hammell, a music editor at Paramount remembered,

“I think the first big one was A Place in the Sun. It created a riot at Paramount. When you want to throw a score out – impossible! In those days they never blamed the music, which so often happens now. When there was trouble on A Place in the Sun, Stevens didn’t like one major scene. […] He called Waxman and said, ‚I want to change this, Franz. It just doesn’t work.‘ Franz called his agent and he came back and said to George, ‚No, I don’t change my music.‘ What Stevens did was, he got five or six of the major scenes that he really wasn’t happy about, but didn’t mention those to Franz. […] For major scenes, like the rowboat scene, he brought in Daniele Amfitheatrof for those. […] And for all of the tender scenes, he got Victor Young, and Victor did those.”1

In 1951, Franz Waxman received an Academy Award for “his” score.

As soon as temp tracks caught on, they proved to be a problem if the director had already made up his mind about them, the most prominent example being 2001 by Stanley Kubrick who advised his composer Alex North to draw inspiration from classical works such as Also sprach Zarathustra. North did, but only found out at the film’s premier that not a single note of his music was used but thrown out in favor of the temp tracks. Similar things happened on Alien and Platoon where pre-existing music was chosen in favor of the original score because the director had fallen in love with the temp. 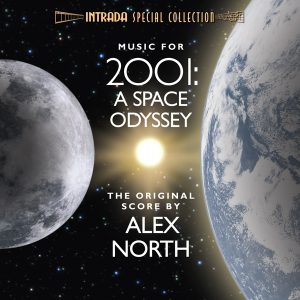 In this way, it happened that the number of rejected film scores increased exponentially and reached its peak when test screenings caught on. The examples are illustrious and colorful: The Queen (2006) was supposed to carry an original score by Nathan Larson but after having been picked up by Miramax (the Weinstein company), it was subjected to a test screening in which “the copy of the film they got was somehow fucked up, and the sound (particularly the music) was muffled and barely audible. This was technical error, and as you’re rushing to finish something this stuff happens. But I do think, as a result, those making the decisions never did hear what I was doing properly,” complained Larson.²  You, Me and Dupree (2006) was shown during the test screening with the temp score and received positive feedback. As a result, Rolfe Kent’s score was dropped and Theodore Shapiro was commissioned to write a score which sticks more closely to the temp than Kent’s original concept had done. Transamerica (2005) was being temped with folksy tracks which composer Mason Daring stick to closely. His efforts didn’t please the director and the producers, who admitted that Daring’s efforts didn’t work with the movie because the temp score had given him misleading indications of the film’s needs. Jan A.P. Kaczamarek had written and recorded an orchestral score for Dreamer (2005), much to the approval of the film’s director. However, the producers decided to hold a test screening for recording artists for a song writing contest. After a winner had been chosen and recorded the film’s prominent song, Kaczmarek’s underscore didn’t work anymore conceptually and John Debney was brought on board as a replacement. The list of original scores which suffered from test screenings goes on.

Similarly, digital editing proved to be a hurdle for several successful composers for one reason or another. The Mummy: Tomb of the Dragon Emperor underwent several changes in the editing, which included improving the special effects, requiring changes in the music which had already been recorded by Randy Edelman. Edelman was later unavailable for re-scoring and the job went to John Debney. A similar thing happened with The Wolfman (2008) for which Danny Elfman had written an original score. After extensive re-shoots and a new cut, the music needed to be changed. After Elfman proved to be unavailable, Paul Haslinger was hired, whose score was eventually replaced by cues from Elfman’s work and additional music by a whole team of composers. Shade (2003) featured a jazzy score by Christopher Young but the film fared poorly at the test screening, making a new cut necessary. When Young’s score didn’t fit the film anymore, he was replaced by James Johnzen. 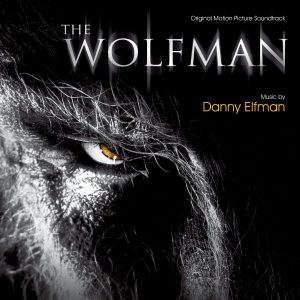 The consensus among composers is that a rejection rarely takes place due to the incompetence of the person brought on board to write the score – and history proves them right. In most cases, either late changes to a movie or a disastrous test screening resulted in the firing of the composer. Rather than re-shooting whole scenes or commissioning a new cut, producers often rely on hiring a new composer because paying for a new score and having it recorded is often less costly and quicker than re-shooting or re-cutting. After all, music can alter the picture to an immense degree, an observation which has convinced the decision-makers that by commissioning a new score they will have a much better picture on their hands. In this case, history has proven them wrong. Unsurprisingly, most of the movies which underwent a troubled post-production with a rejected score proved to be either disappointing at the box office, got roasted by the critics or were a massive money pit, nearly ruining the studio. There are countless examples from the 21st century alone: Troy (Gabriel Yared replaced with James Horner), Timeline (Jerry Goldsmith replaced with Brian Tyler), Fantastic Four (Philip Glass replaced with Marco Beltrami), Arthur Christmas (Rolfe Kent replaced with Harry Gregson-Williams), Romeo and Juliet (James Horner replaced with Abel Korzeniowski), Max Rose (Michel Legrand replaced with Morgan Whirledge), Pan (Dario Marianelli replaced with John Powell), 47 Ronin (Atticus Ross replaced with Javier Navarrete replaced with Ilan Eshkeri), Pete’s Dragon (Howard Shore replaced with Daniel Hart), Oldboy (Michael Nyman replaced with Roque Banos), I Don’t Know How She Does It (Rachel Portman replaced with Aaron Zigman), Final Portrait (Gary Yershon replaced with pre-existing pieces), Blackhat (Harry Gregson-Williams replaced with Atticus Ross and pre-existing pieces), The Legend of Tarzan (Mario Grigorov replaced with Rupert Gregson-Williams), Run All Night (Alan Silvestri replaced with Junkie XL), Squirrel to the Nuts (Stephen Endelman replaced with Edward Shearmur), jOBS (Lucas Vidal replaced with John Debney), Gangster Squad (Carter Burwell replaced with Steve Jablonsky), The Change-Up (Theodore Shapiro replaced with John Debney), Incredibly Loud and Extremely Close (Nico Muhly replaced with Alexandre Desplat), Limitless (Nico Muhly replaced by Paul Leonard-Morgan), The Karate Kid (Atli Örvarsson replaced with James Horner), The Tourist (Gabriel Yared replaced with James Newton Howard), Powder Blue (Aaron Zigman replaced with Didier Rachou), Crouching Tiger, Hidden Dragon: Sword of Destiny (Carlo Siliotto replaced with Shigeru Umebayashi), Geostorm (Pinar Toprak replaced with Lorne Balfe), The Snowman (Jonny Greenwood replaced with Marco Beltrami), Planes (James Seymour Brett replaced with Mark Mancina), Pacific Rim 2 (John Paesano replaced with Lorne Balfe), Edge of Darkness (John Corigliano replaced with Howard Shore) and The Finest Hours where Carter Burwell’s score was in parts being replaced with Phil Klein’s music due to post-production chaos, as Burwell remembered: “Our biggest challenge was the scene in which the lifeboat crosses Chatham Bar and is pummeled by waves. While the director signed off on the rest of the music, he never felt the score to this scene worked. Or, to be more specific, he never felt it worked as well as the temp score the music editor Jon Mooney had assembled. In order to move on to Hail Caesar! we recorded The Finest Hours in July 2015 even though there were months of post-production still to be done. After I left to work on the Coen Brothers‘ film, Craig Gillespie, the director, started dropping more and more of my score and in the end most of the action sequences were re-written by Phil Klein. So the final score is two thirds my original composition and one third something else, an amalgam of my themes with the tropes of contemporary action films such as sampled drums, electronic drones, and string ostinati, all bringing it closer to the temp score and to the action cliches I was hoping to avoid.”³

Possible rejections due to test screenings with temp tracks is not the only problem for composers. If handled without great care by the music editor, the film editor, and/or the director, they can present a whole variety of problems for the composer who then faces completely different dilemmas other than being rejected. But more on that later.